Trace heating (or heat tracing or surface heating) has been employed by industry for many years for maintaining or raising temperatures in piping, vessels and other process plant for freeze protection and process heating.

In short, electric trace heating had come of age.

...after some of its members had individually contributed to the development of BS6351: 1983, Electric Surface Heating, the first National Standard to address the needs for trace heating in industrial and hazardous areas.

ETHIC acts in the interests of the Electric Trace Heating Industry and its customers by:-

...in the development of trace heating standards has continued throughout the past three decades. It was strongly represented in the development and publication of IEC62086: 2000 the first 'world' standard for hazardous location heat tracing. It has since been re-named IEC60079/30 Parts 1 & 2, having been adopted by many countries, including, for example, China and Russia, in addition to European and North American countries. Further, it has been now been harmonized into a dual logo standard with IEEE515, thus forming a bridge between U.S and European Standards approaches.

It is also also intended that the Canadian Standards Association (CSA) will replace its national trace heating standard with IEC60079/30.

Ethic has also been intimately involved in the development of a sister IEC 'world' standard, IEC62395 Parts 1 & 2, covering Industrial heat tracing and tracing for commercial applications, such as roof and gutter de-icing, snow melting, hot water heating, and so on.

Now, this website helps in providing the means of communication between the various parties involved in the Electric Trace Heating Industry.

As a fully paid member you have access to extra discounts and block booking rates, as well as access to members only areas of the site.

If you aren't a member contact us here to enquire

Intended to provide an on-line resource for heat tracing education
and learning. 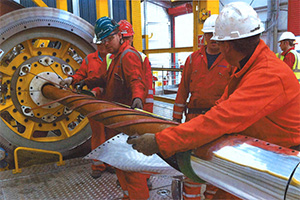